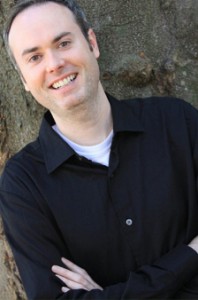 Baritone Joshua Copeland has been Artistic Director of the Antioch Chamber Ensemble since its inception in 1997. He holds a Music Education degree from Westminster Choir College in Princeton, New Jersey, where he was a member of the highly acclaimed Westminster Choir for four years.  Joshua has toured as a singer and director both in the United States and abroad throughout Asia, Europe, and South America. Under Mr.Copeland’s direction, Antioch took top honors at the 2008 Tolosa International Choir Competition and has dazzled audiences and critics alike with diverse programming that has included classic choral masterworks as well as championing todays most exciting contemporary composers.  In addition his duties with Antioch, Joshua has created a highly successful choral and handbell program at the Bedminster Township School where he has taught since 2004. An avid gardner, outdoor enthusiast, and historic preservation buff, Joshua splits his time between his residences in Mount Tabor, New Jersey and Northport, Maine.

Tenor Stephen Sands has been Executive Director of the Antioch Chamber Ensemble since its inception in 1997. He is highly sought after as a soloist and ensemble member by some of the most prestigious institutions and conductors in the United States.  Stephen sings with the Carmel Bach Festival Chorale, Vox Vocal Ensemble, Aoede Consort, TENET, Clarion Music Society, Pomerium, and is a full-time member of the Choir of Trinity Wall Street. He has been heard as the Evangelist and soloist in numerous Bach and Handel sacred oratorios. In addition to his choral accomplishments, Mr. Sands is also conductor of Downtown Voices, a semi-professional choir at Trinity Wall Street. Mr. Sands is founder and music director of Music in the Somerset Hills, a community music organization dedicated to providing quality musical experiences to those that live and work in New Jersey’s Somerset Hills. Mr. Sands has taught choral music to thousands of students in grades 3-12 in the Somerset Hills School District for more than 21 years. A 2019 Excellence in the Arts winner, Mr. Sands holds his Bachelors and Masters degrees from Westminster Choir College. StephenSands.net 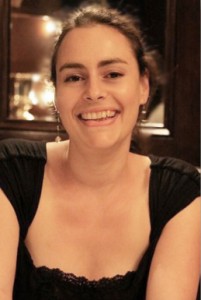 Amy Goldin has been a core member of Antioch Chamber Ensemble since 2002, with whom she has performed in numerous festivals here and abroad, including Piccolo Spoleto in Charleston, SC, the Musique en Morvan Festival and the Festival des Choeurs Laureats in France, Nautilus Music Festival in Nova Scotia, and the Tolosa International Choral Competition in Spain. Amy is also a member of  Kairos: A Consort of Singers, and has performed with numerous ensembles and in various vocal styles throughout the greater metropolitan area, including Aeode Consort, Prana, Juneau Vocal Alliance, Cantori New York, the Greenwich Village Singers, the Cygnus Ensemble, Opera Quotannis, and Teatro Grattacielo. She can be heard singing the role of Branghien in Frank Martin’s oratorio Le Vin Herbé, recorded by Newport Classics and released in 2000; on Antioch’s CD The Passing of the Year, released by MSR Classics in May, 2010; and on Kairos’ album The Valley Sings, released by MSR classics in November 2012. She lives in Woodstock with her husband and two children. 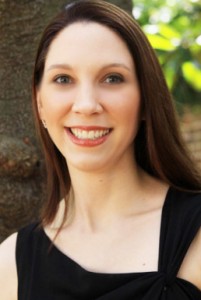 Soprano Kristin Sands, a co-founding member of the Antioch Chamber Ensemble, has also performed in many of the most treasured concert halls and cathedrals with the critically acclaimed Westminster Choir, Westminster Symphonic Choir, Vox Vocal Ensemble, The Choir of Trinity Church, Wall St., Fuma Sacra, and Aeode Consort.  Under the baton of distinguished conductors Joseph Flummerfelt, Kurt Masur, Zdenek Macal, Claudio Abbado, Wolfgang Sawallisch, Andrew Megill, George Steel, Owen Burdick, Joel Revzin, and Glenn Parker, Mrs. Sands has performed a wide range of repertoire, solo, choral, and operatic, representing the early Renaissance to modern compositions.   Many performances have been broadcast live on radio and television; multiple recordings are available through the Naxos, Teldec, MSR Classics and Delos labels.  Kristin received her Bachelor of Music degree in Voice Performance from Westminster Choir College of Rider University, graduating magna cum laude in 1998.  Since that time, Mrs. Sands has maintained a successful private voice and piano studio in the home she shares with her husband, tenor Stephen Sands, and their daughter Micaela. 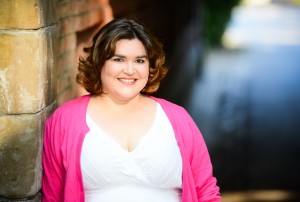 Praised by Opera News for her “seductive, easy alto,” mezzo-soprano Luthien Brackett is a founding member of Antioch.  Her recent solo engagements include performances for Trinity Wall Street’s Bach at One series, Salon/Sanctuary Concerts, the 4 x 4 Festival of Baroque Music, and Five Boroughs Music Festival.  Regional opera credits include Handel’s Semelewith Music in the Somerset Hills, Mozart’s Il Sogno di Scipione with Gotham Chamber Opera, and numerous productions with Spoleto Festival, U.S.A. She is a featured soloist on the Choir of Trinity Wall Street’s acclaimed recording of the Complete Haydn Masses (Naxos). In great demand as an ensemble performer, she is a member of the Choir of Trinity Church Wall Street, and appears regularly with acclaimed New York ensembles including TENET, Vox, Voices of Ascension, Pomerium, and Clarion Music Society 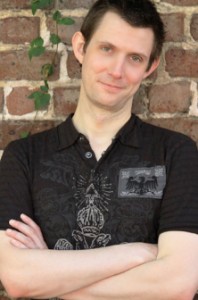 Bass-baritone Raymond Bailey never wanted to be anything other than a Rock & Roll singer.  Ironically, he spends most of his time working in other genres.  A native of southeastern Virginia, he holds an undergraduate degree from Yale, where he majored in theatre, with a focus on directing.  Some years later, he spent a year on staff at Yale’s prestigious School of Drama as an accompanist, vocal coach, and musical director.  Mr. Bailey has worked as musical director of plays and cabaret shows in theatres up and down the East Coast, including the 2008 off-Broadway production of PERFECT HARMONY, for which he also wrote arrangements. He also serves as the New York Casting Supervisor for the Arundel Barn Playhouse in southeastern Maine.  In demand as a voice coach and accompanist, he works regularly with a number of performers on and off Broadway.  In addition to singing with Antioch, he has performed with the choirs of Trinity Church, Wall Street; St. Thomas Church, 5th Avenue; Christ Church, New Haven; St. Bernard’s Church, Bernardsville; Christ Church, Bronxville; Church of the Holy Family (The United Nations Parish); The Greenwich Village Singers; and Vox Vocal Ensemble.  Over the past few years, he has entertained four Presidents (three American and one Russian).  He is half of the core of the cabaret-pop outfit Autobahn-da-Fé and resides in Manhattan. 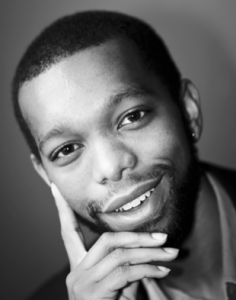 Jonathan Woody, bass-baritone, is a member of the Trinity Choir of historic Trinity Church Wall Street in New York and performs as chorister and soloist across the U.S. and Canada.  He most recently covered the role of Aeneas in Purcell’s Dido & Aeneas with the Mark Morris Dance Group in New York. In recent seasons, Jonathan has been seen on the operatic stage as Un Ami in Milhaud’s Le Pauvre Matelot, the Sorceress in Dido & Aeneas, Claudio in Handel’s Agrippina and Escamillo in Peter Brook’s La Tragédie de Carmen. Jonathan has performed in productions with the Santa Fe Opera, Gotham Chamber Opera, Pocket Opera of New York, Opera McGill, the Washington National Opera, the Washington Concert Opera, Opera Lafayette and the Wolf Trap Opera Company. As a concert artist, he has performed on the stages of Alice Tully Hall at Lincoln Center, the Brooklyn Academy of Music, Carnegie Hall, the Walt Disney Concert Hall, and the Kennedy Center with ensembles including the Clarion Music Society, Spire Chamber Ensemble, the Santa Fe Desert Chorale, the Studio de Musique Ancienne de Montréal, Les Violons du Roy and La Chappelle de Québec, the Theatre of Early Music, the Washington Bach Consort, the National Symphony Orchestra, the Cathedral Choral Society, the Gentlemen of St. Thomas, Fifth Avenue, and the Bach Sinfonia of Washington, DC. He was noted in the Washington Post as an “artist worth keeping an eye on” and praised by the New York Times for “clarity and fire,” and in 2012 he was awarded Honorable Mention in the sixth biennial Bach Vocal Competition for American Singers in Bethlehem, PA. A native of Upper Marlboro, MD, Jonathan earned a B.Mus from the University of Maryland, College Park and completed a Master’s degree in Early Music at McGill University in 2010 as a student of Sanford Sylvan. He now resides in Brooklyn, NY. 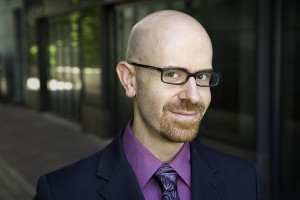 Steven Hrycelak, bass, is in demand as an operatic, concert, and ensemble performer. He has performed with the NY Virtuoso Singers, Toby Twining Music, ekmeles, Early Music New York, Vox, TENET, Meridionalis, Seraphic Fire, and a vocal jazz quintet, West Side 5. He has also been a frequent soloist at Trinity Church Wall Street, as well as with NYS Baroque, Pegasus, Musica Sacra, 4×4, the Waverly Consort, the American Symphony Orchestra, Sacred Music in a Sacred Space, Union Avenue Opera, and the Collegiate Chorale. His performance of Monteverdi’s Seneca with Opera Omnia was hailed by the NY Times as having “a graceful bearing and depth.” He has also traveled the US, Canada, and Europe performing in Frank London’s Klezmer musical, A Night in the Old Marketplace. Mr. Hrycelak has degrees from Indiana University and Yale University, where he sang with the world-renowned Yale Whiffenpoofs. Additionally, he is a coach/accompanist.